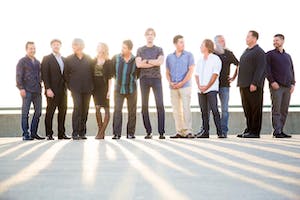 RESTAURANT: DELIVERY AND TAKE-OUT ONLY

Due to concern for public safety and the recent announcement by Governor Gavin Newsom/Alameda County regarding public gatherings, Tommy Igoe at Yoshi’s scheduled for March 17, 2020 is postponed. Although this is a tough decision, the health and well-being of our patrons/staff/artists will always be our top priority. All tickets purchased for the postponed concert will be honored on a new date that will be announced shortly.

He is currently the President of Deep Rhythm Music, his recording studio, publishing arm and record label. As an author, Tommy has created three of the best-selling music education titles of the last 10 years.