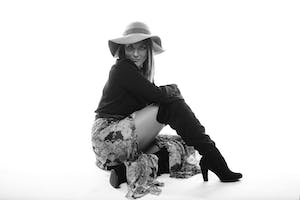 Due to concern for public safety and the recent announcement by Governor Gavin Newsom/Alameda County regarding public gatherings, Lilan Kane at Yoshi’s scheduled for March 31, 2020 is postponed. Although this is a tough decision, the health and well-being of our patrons/staff/artists will always be our top priority. All tickets purchased for the postponed concert will be honored on a new date that will be announced shortly.

Oakland-based vocalist Lilan (pronounced LEE - lawn) Kane returns to headline Yoshi’s with a new mission: to encompass community through her artistry and teaching experience. Her vintage-tinged soul sound flows through the heartfelt compositions, telling stories of love, self-discovery, and business. In 2015, she released her debut album “Love, Myself” to a sold-out crowd at Yoshi’s and has since sold out multiple residencies at SFJAZZ, as well as performing at San Jose Jazz Festival, Fillmore Jazz Festival, and an East Coast tour last year in New York, Boston and Philadelphia. Her endearing vocal ability and stage presence has led her to perform with legendary Pete Escovedo Latin Jazz Orchestra, and open for Hall & Oates, Lenny Williams, Freddie Hughes, The Doobie Brothers, Chicago, Sharon Jones, Trombone Shorty, and Morgan James.

A long time music educator, she ran and developed several singing programs including Own The Mic Summer singing camp and taught at the San Domenico Conservatory for eight years, as well as other performing arts schools in Marin County and the California Jazz Conservatory.

Last fall she served as director to teen a cappella group, Til Dawn, an audition-based signing group in Marin County, which she participated in throughout her high school years. She is bringing her mentorship full circle inviting them to open the show.

Backed by dynamic band: musical director Mike Blankenship on keyboards (Michael Franti, Lauryn Hill), Dillon Vado on vibraphones, Steve Hogan on bass (Hogan Brothers), and James Small on drums (Fantastic Negrito) with backing vocals by Gabriela Welch, Moorea Dickason, and Mikki Boyd, plus special guest Geechi Taylor on trumpet, she will be performing songs off of past albums as well as new compositions and a Roy Ayers/Roy Hargrove medley.

Youth in Arts’ ’Til Dawn is an award-winning teen a cappella group comprising high schoolers from all over Marin County. ‘Til Dawn has sung live on KFOG, helped 200,000 Bay Area residents greet the day on “Mornings on 2” (KTVU) and been featured on SPARK, an EMMY award winning program on KQED. They perform at a variety of public and private events with a focus on making good music for good causes. ‘Til Dawn is an inspiring example of what teenagers can do when they come together and pour themselves in something they care about.