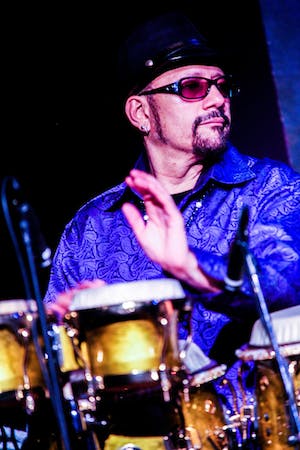 As a child, Juan taught himself to play bongos, congas, trap drums, timbales, percussion, and other instruments. When he turned 14, he went from studying his father, Pete Escovedo, to proudly performing with him.

While working on his solo cd, Juan continues to lead his own band, the Juan Escovedo Orchestra, and is currently developing a new R&B band, SEVEN DAYS, with Levi Seacer Jr.