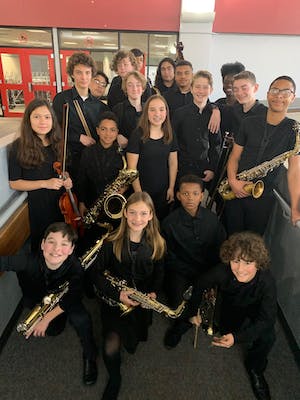 The Edna Brewer Middle School Program was dormant for over a decade after Prop 13 devastated arts education statewide. It was resurrected in 2007 when Zack Pitt-Smith came on as the first full-time music teacher there in 15 years. Slowly, the program has grown to be one of the most diverse and robust music programs in Oakland Unified. Stephanie Holmes, Orchestra director came on in 2011. The program offers the following classes during the school day: three levels of concert bands, three levels of string orchestras, and an Orff-based general music class. The after-school offerings have grown to include two jazz bands, steel drum ensemble, a choir directed by the Oakland Youth Chorus, guitar class offered by the Oakland Public Conservatory, and an honors string orchestra known as MUSE Vivo in collaboration with the Oakland East Bay Symphony. The student groups perform in concerts on campus as well as festivals and concerts in the greater Oakland metropolitan area and beyond. Students participate in festivals hosted by California Music Educators Association, and have in-class residencies from groups as diverse as Ali Akbar College of Music, Philharmonia Baroque Orchestra, Cypress String Quartet, Composing Together, San Francisco Jazz, San Francisco Performances, Cal Performances, and 51Oakland. Alumni from the program have paid opportunities to return and mentor younger musicians.