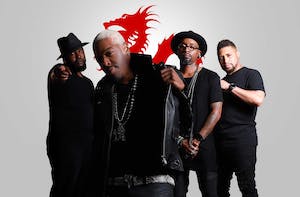 Baltimore's own Dru Hill reunited in 2010 after an 8-year hiatus with the release of their fourth album, InDRUpendence Day.

The group, consisting of Sisqo, Nokio, Jazz and new member Tao, broke into the national spotlight in 1992 with their highly successful debut album Dru Hill. The group has seven Top 40 hits, including "In My Bed," "Never Make a Promise," and "How Deep Is Your Love."

In 2001, the group disbanded to pursue other projects. Sisqo achieved international success, selling more than 8 million copies of his debut solo album, Unleash the Dragon, which included the mega hit "Thong Song."