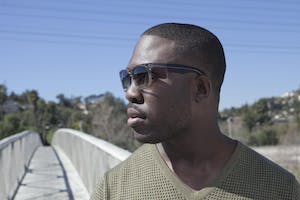 During this influential time, Hodge began to show his colors as a “Renaissance” musician, with incredible diversity in musical tastes and abilities. Hodge played with such Philly Jazz greats as tenor saxophonist Bootsie Barnes and trumpeter Terrell Stafford, meanwhile reaping considerable session work with some of Philly’s finest modern R&B artists such as Jill Scott, Floetry, and DJ Jazzy Jeff.

Throughout his early career, Hodge continued to show an adept proficiency and broad ability across numerous musical genres, and platforms. Ranging from orchestrations with Common and Kanye West for Common’s album Be, (which reached Billboard No.1) and production work on Common’s Finding Forever to winning R&B Grammys in 2012 and 2014 with the Robert Glasper Experiment as a founding member of the group. Hodge has always been held with the highest respect of his peers which led to roles such as the Musical Director for Maxwell for nearly a decade, continued work as a producer and writer for numerous albums, including co-producing Justin Kauflin’s album “Coming Home” with Quincy Jones, and several Blue Note projects along side Don Was, all while maintaining his solo projects and touring. Hodge has performed, written and/or recorded with artists such as Maxwell, KanyeWest. Herbie Hancock, Q-Tip, Mos Def, Timbaland, Jill Scott, Gerald Levert, Common, Lupe Fiasco, Andre 3000, Sade, Terence Blanchard, Ledisi, Terell Stafford, Donald Byrd, Stefon Harris, Bootsie Barnes, Kirk Franklin, Kenny Lattimore, Donnie McClurkin, and many more.

As a Blue Note Recording Artist Hodge has released two solo projects under the label, The Second (2015) and Live Today (2013), both albums being a rich, raw and revelatory artistic statement, having accessibility in mind to ensure that melodies soar and rhythms bump.

His writing and arranging accomplishments straddle both the recording and live arenas, inclusive of composing original music for the Smithsonian National Museum of African American History and Culture, orchestral arranging for Nas, Common, Maxwell in conjunction with the National Symphony Orchestra as well as arrangements for Mos Def’s premiere at Carnegie Hall with strings in 2008. In 2015 Hodge Composed the original work “Infinite Reflections” for the Chicago Brass Ensemble and has since continued to write original score for films such as Back to School Mom, the 180 Days Documentary Series, Land of Opportunity, Black Candle, The Army Recruiter and Uneasy Listening. Early film work includes When the Levees Broke: A Requiem in Four Acts in which he did additional writing and scoring, as well as Who the $%@ Is Jackson Pollock?, and Faubourg Treme: A Story of Black New Orleans along side Film Composer mentor Terence Blanchard.

Hodge's recent endeavors have centered around his commitment to cultivating environments for other talented, aspiring artists, musicians, composers, and producers to put in the work and find their unique voice throughout the journey. Through outreach activities such as providing access to his symphonic scores and original arrangements to HBCU Music Programs Hodge aided youth in seeing the potential from themselves. Hodge continues to put an emphasis on inner city youth broadening their horizons and learning how to compose, and score music, particularly in cities such as Denver, and his hometown Philadelphia. His new project, Color Of Noize, is dedicated to the idea of artistic excellence, inclusion, and art without the restriction of being bound to genre or label. Color Of Noize will debut this September as part of his Artist Residency at Monterey Jazz Festival, featuring some of the top junior performers in the United States ranging from the ages of four to young adult, playing alongside Hodge and reimagining some of his original songs in their own unique way.