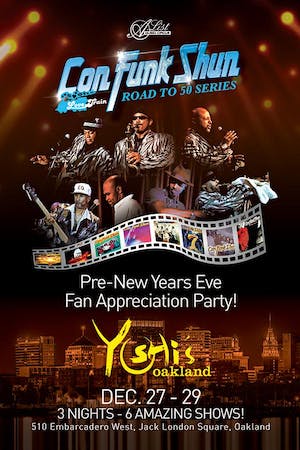 What other way to end the year then with Bay Family & Good Friends? This has been an incredible year for us and we'd like to show appreciation to all our loyal fans for all the love & support for over 45 years. Confunkshun will be performing songs from their new CD "More Than Love" as well as all their classic hitz you know & love. So come ready to party & celebrate with the Bay Area's favorite R&B Funk Band, CONFUNKSHUN.....and as always, get ready to have "FUN',FUN",FUN"!!! 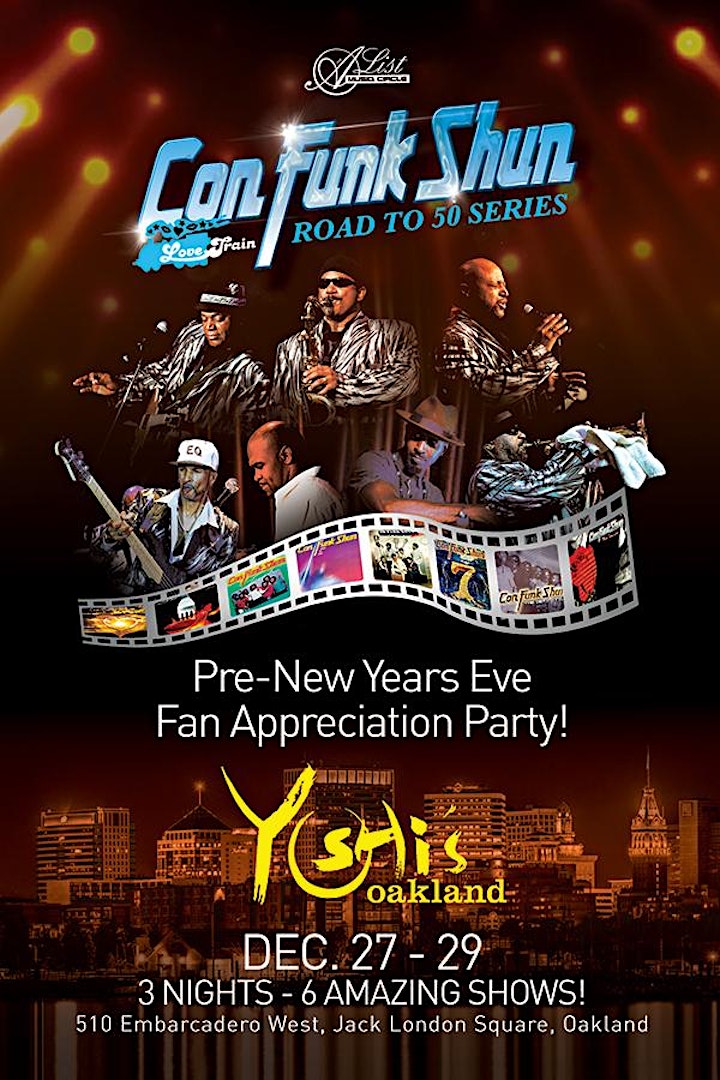