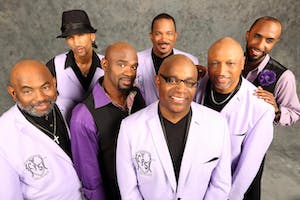 BACK ON TRACK PRE-NYE CELEBRATION

Join us this Pre-New Years Eve as we get "back on track" aboard the love train with Bay Area's favorite Funk Band, CONFUNKSHUN, performing all their classic hitz you know & love. This will be a night of FUN,FUN,FUN as we say good bye to 2020 welcoming the new year in faith, love & good sounding FUNK!

CFS Collectable Road to 50 merchandise will be available.