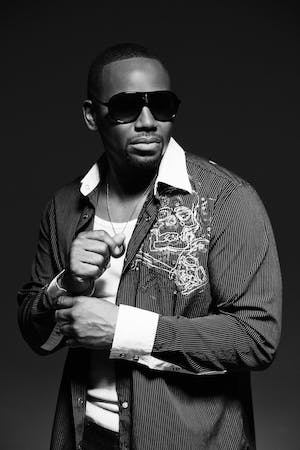 Avant is a name that has been used in the context of being original or innovative but the singer/songwriter from Cleveland has transformed the word into a powerhouse brand. Since breaking out on the music scene with his first platinum hit singles, “Separated” and “My First Love”—he has been on a non-stop journey having released seven albums in the last 15 years.

His new album, The VIII (eight)is sure to capture true fans and R&B music lovers with his magnetic voice and beautifully, interwoven lyrics. Each song on the album is a labor of love and reflects different observations around him.

“I try to keep everything in perspective as things just go on in life. I’m a writer that writes from real life—a narrative. I try to write from what I see,” he said. “I keep it fresh and new for the people.”

With various changes taking place in the music industry, Avant feels he’s in a better place more now than ever. He has survived the roller coaster of changes that R&B music has encountered and credits hard work and persistence as a key formula to success.

“What’s the state of R&B, right now? I think it’s in a good state and the reason is when I came into the game, it was at its highest. Money was everywhere—it was beautiful. Rap came in and dominated. But there’s another form of how you do music and younger people need to understand there’s another way to deal with people,” Avant explains.

Over the years, Avant has accumulated an impressive catalog of hits that has included “Read Your Mind”, “Makin’ Good Love”, “Don’t Take Your Love Away” and “You and I” featuring Keke Wyatt among other chart toppers. On The VIII, he continues to create his signature formula of success, touching the emotional chord of the listener.

Produced by Travis Spells, “Find a Way” is a homage to the fans for staying loyal but all the while referring to the loyalty of a woman who has waited for a man to find a way back to her heart.

“Take it There” is about the fantasy of creating an environment for your lover. He explains, “Its how I can go into my backyard, and we can make this feel like a beach. As a writer, it’s important to bring that visual across.”

Growing up in Cleveland, he was surrounded by musical influences such as the O’Jays and Levert but was honored to be influenced by male counterparts--Babyface, Michael Jackson and Luther Vandross. “Think about music without a movie—if you don’t have music in a movie, you have nothing but blank space and people talking. It’s important for people to get back to the need of ‘good’ music.”

Avant has toured with some of the biggest names in the R&B world from Joe, Jagged Edge and Keith Sweat. He is preparing for the new album release, The VIII in September 2015. This spring he released the debut single from the album, “Special” which is romantic song that breathes new life into love and commitment.

He adds, “That song explains to people that you have to find someone who makes you feel like you hit the lottery or celebrate having a child to also getting married. When you have a person that makes you feel like this before it even happens—that’s the right one for you.”

With the anticipation of a new album on MO-B Entertainment being distributed through Capitol Music Group, he is preparing to hit the road and introduce followers to his new music. Avant sums up his love affair with his fans on the song “Doesn’t Matter”.

“I’m letting you know if I fall in love with you, my love will never change. I don’t exactly know where we are but my life will always remain the same. That’s real—that’s relationships.”