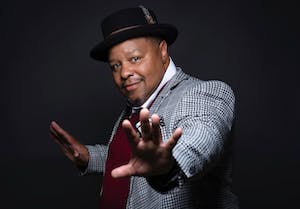 Kenneth Little has been playing music in the Bay Area for over 40 years. A product of a trombone/tuba playing father and a piano playing mother, music was in his genes at birth. He was trained privately at the San Francisco Conservatory of Music in the genre of classical music. It was there where he studied the art of playing piano. His formable years began when he was a teenager playing for New Providence Baptist Church. It was at church where he learned to play gospel music and was first introduced to musical theater under the direction of Dr. Rhonnie Washington professor at San Francisco State University who was a member in the choir. Ken went on to do a lot of musical direction for various plays at SF State. His big break came when introduced to the founder of Lorraine Hansbury Theater by Arvis Strickling-Jones to the late Stanley Williams. He was the musical director for numerous productions there most notably for their annual Holiday rendition of Langston Hughs “Black Nativity.” He also served as musical director for five productions of “A Soulful Christmas” which is the theater’s current holiday production. Their first production of this play was under the direction of Darryl Jones who also starred in the production as well. Ken also engages in musical production and has his own mobile musical studio. “I am humbled to have been blessed with the gift of music.” “For me, this journey never ends. There is definitely more to do musically. It’s a marathon not a sprint.”